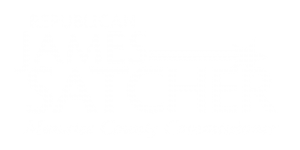 Rep. Jim Jordan of Ohio, the ranking member on the House Judiciary Committee, told Wray in a two-page letter that Sen. Chuck Grassley of Iowa and Sen. Ron Johnson of Wisconsin had “released an explosive report detailing misconduct and potential criminal activity during the Obama-Biden Administration” and asked “what investigative steps — if any — the Federal Bureau of Investigation has taken in response to the information in this report.” The congressman contended that the report “shows that the FBI has been aware of some alleged misconduct for years” and “detailed widespread concern within the Obama-Biden Administration about Hunter Biden’s role on the board of Burisma Holdings.”

Much of the GOP Senate report’s focus is on Joe Biden’s role in guiding the Obama administration’s Ukraine policy while Hunter Biden received a lucrative position in 2014 on the board of an allegedly corrupt Ukrainian energy company, Burisma Holdings, run by Ukrainian oligarch Mykola Zlochevsky, which the Republicans said “created an immediate potential conflict of interest that would prove to be problematic for both U.S. and Ukrainian officials and would affect the implementation of Ukraine policy.” Johnson and Grassley also delved into other business dealings by Hunter Biden, his business partner Devon Archer, and others in the Biden family, including business dealings tied to Russia and China.

Andrew Bates, the director of rapid response for the Biden campaign, claimed Wednesday that Johnson had chosen to “subsidize a foreign attack against the sovereignty of our elections with taxpayer dollars — an attack founded on a long-disproven, hardcore rightwing conspiracy theory” and that the Republican senator was “attempting to exploit to bail out Donald Trump’s re-election campaign.” Democratic senators released a rebuttal report, claiming that Grassley and Johnson were amplifying Russian disinformation, which the Republicans have repeatedly denied.

“In addition to the over $4 million paid by Burisma for Hunter Biden’s and Archer’s board memberships, Hunter Biden, his family, and Archer received millions of dollars from foreign nationals with questionable backgrounds,” the GOP Senate report alleges, claiming that “Hunter Biden received a $3.5 million wire transfer from Elena Baturina, the wife of the former mayor of Moscow” and that Hunter Biden “opened a bank account with” Chinese businessman Gongwen Dong “to fund a $100,000 global spending spree” with Joe Biden’s younger brother, James Biden, and James’s wife, Sara.

“Hunter Biden had business associations with Ye Jianming, Gongwen Dong, and other Chinese nationals linked to the Communist government and the People’s Liberation Army,” the report also notes. “Those associations resulted in millions of dollars in cash flow.”

The GOP Senate report further claims that Hunter Biden “paid nonresident women who were nationals of Russia or other Eastern European countries and who appear to be linked to an Eastern European prostitution or human trafficking ring.”

Jordan asked Wray to provide information “as soon as possible” in response to a number of questions, including whether the FBI was investigating Hunter Biden’s alleged “receipt of $3.5 million from the wife of the former mayor of Moscow,” his “payment of ‘thousands of dollars’ to individuals involved in human trafficking and organized prostitution,” or his “Chinese transactions involving potential criminal financial activity.”

“The FBI suffered from a pattern of misconduct and politicization at the highest levels of the FBI during the Obama-Biden Administration,” Jordan wrote to Wray on Thursday, referencing the FBI’s actions against Trump campaign associate Carter Page and former Trump national security adviser and retired Lt. Gen. Michael Flynn, adding, “The new revelations in Chairman Johnson’s and Chairman Grassley’s report only add more concern about the FBI’s actions.”

The FBI did not immediately respond to the Washington Examiner’s request for comment.